There have been many recent advances in methodologies to detect the only reversible lipidation reaction of proteins, S-palmitoylation. This fatty acyl post translational modification has gained great interest in the research community as it is increasingly recognised as important in both health and in disease areas such as

In this article I will briefly examine the development of the acyl exchange methodologies used by researchers to measure palmitoylation. I will focus in particular on the recently published Acyl PEG Exchange (APE) 5/Acyl PEGyl Gel Shift (APEGS) 6 assay, paying particular attention to the advantages it offers scientists interested in exploring palmitoylation.

Sequencing of the human genome has revealed between 19000-20000 protein coding genes7, considerably less than was initially anticipated. However, it has become increasingly apparent that additional levels of complexity arise from the processing of these genes to produce different protein isoforms. These protein isoforms subsequently undergo numerous post translational modifications producing even more forms of the original protein, each controlling an array of protein function.

Protein palmitoylation – the addition of a 16 carbon saturated fatty acid via a thioester bond – is emerging as an important post translational modification8 and to date is the only reversible lipidation reaction of proteins. Dynamic cycling of the lipid group i.e. addition and removal of palmitate, regulates protein function by altering the location of proteins in the cell9, 10, changing the complexes they form with partner proteins11, 12, and even altering enzymatic behaviour13. The increasing importance of protein palmitoylation has been underlined by the rapid increase in the number of palmitoylated proteins identified, the number stands at almost 8000 proteins across seven species. A dedicated database, SwissPalm, now exists for researchers to explore further this expanding field14 (http://swisspalm.epfl.ch/).

The field of palmitoylation research is young. It is about to experience exponential growth as a number of user-friendly technologies have been developed to aid its study, in particular acyl exchange methods. In this article, I sought to review of the development of these methods in a simple and accessible manner, and to discuss the strengths and weaknesses of each approach.

Development of the Acyl Exchange Method for the Detection of Palmitoylation.

The first approach to S-palmitoylation in biology was by metabolic labelling. Radioactive forms of palmitic acid was taken up by cells and processed to become a labelled substrate for protein S-palmitoylation, thereby tagging substrate proteins with a radioactive lipid modification. Although able to measure rates of palmitoylation turnover the technique suffered a number of limitations15, including

The pursuit of better methods to measure palmitoylation resulted in the development of a series of assays based on click chemistry16 (a subject for a future blog) and others based on acyl exchange chemistry17. Unlike previous methods which tended to keep the palmitate group intact, in this technique the acyl group was removed and exchanged for a more readily detectable moiety. The basic steps in the assay included first blocking any free thiols with an alkylating agent. Once blocked, the palmitoylated cysteine residues were cleaved using a specific thioester cleavage reagent to leave free thiols (figure 1a, b).

Right click to download a high resolution image which can be used free of copyright restrictions provided the source is disclosed as ©Badrillla.com

At pH levels above the thiol pKa[a], ionisation produces the nucleophilic (electron rich) thiolate anion.  The reactive thiolates were then incubated with a label of choice that possessed the appropriate electrophilic chemistry18. Although the label could be radioactive, more often than not it was the non-radioactive biotin, which had the flexibility of being used for straight detection or purification of labelled proteins for subsequent detection by mass spectrometry. This method, referred to as Acyl Biotin Exchange (ABE) assay, conferred a number of advantages over the previous radiolabelling method;

In a further advance of this method – the Acyl RAC assay19– the final labelling step was replaced with not a label per se, but with a commonly used chromatography matrix, SepharoseTM. SepharoseTM (beads) linked to an electrophilic chemical group react with free thiols (thiolate anions) forming a covalent bond. The covalent attachment of proteins to the beads permits their separation from unreactive material by simple centrifugation and washing, prior to release of ‘captured’ protein by reduction of the disulphide bond linking them to the SepharoseTM bead. This enrichment step, improved the sensitivity and reliability of the assay compared with previous incarnations of the method. This technology is now commercially available in kit form, see here for further details.

[a]The pKa of cysteine in free solution is 8.37; however, this will vary depending on the local environment within the protein.

State of the Art Technology – A new assay to measure palmitoylation

group at Rockefeller University, New York5 and Masaki Fukato’s group in Japan6. The method is again based on the principle of acyl group exchange as described previously, but in this instance the acyl groups are exchanged, not for a biotin label or a chromatography matrix, but a mass tag. Therefore, each free thiol produced by removing a palmitate group, reacts with a mass tag, incrementally increasing the molecular weight of the protein with each (previously palmitoylated) cysteine. Analysis of the tagged mixture by western blotting with an antibody specific to the protein of interest reveals, not only the unmodified protein (apo), but also a series of mobility shifted bands, representing mass tagged cysteine residues. These additional bands beyond the unmodified protein represent the number of palmitoylation sites in the protein.

Method Validation – As a test protein Percher et al5 used HRas, which has two sites of palmitoylation, Cys-181 and Cys 18420. Acyl PEG Exchange (APE) analysis of HEK293 cells expressing HA-HRas revealed the unmodified protein and two band shifts indicating two palmitoylation sites, in agreement with the putative sites of palmitoylation (Figure 2). Furthermore, when Cys-181 was mutated to a serine residue, the assay only revealed one mass tagged band. This was also the case when Cys-181 was left intact and the Cys-184 was mutated. When both sites were mutated, only the unmodified protein was observed, confirming the ability of the assay to faithfully report palmitoylation status (Figure 2). Therefore, under normal conditions there appear to be three distinct populations of HRas – the unmodified protein, the mono- and the di-palmitoylated forms.

What is the utility of the APE/APEGS assay?

1. The APE/APEGS method can be used to measure the palmitoylation isoforms of a broad class of proteins.

2. The APE/APEGS method can be used to interrogate the importance of site specific S-palmitoylation

The APE/APEGS assay, in combination with site directed mutagenesis, also enables researchers to investigate the importance of specific palmitoylation sites i.e. to delineate the contribution made by a specific palmitoylation isoform to a given cellular process. The interferon induced transmembrane 3 (IFITM-3) protein mediates cellular immunity against the influenza virus by expressing anti-viral activity. In a cell based assay, infectivity rates of the influenza virus were shown to decrease by two thirds in the presence of wild type IFITM-3 (figure 4b). This anti-viral activity is thought to be mediated in part by palmitoylation. Using a combination o

f site directed mutagenesis and the APE assay, Percher et  al5 were able to show that out of the three putative palmitoylation sites, Cys-71, Cys-72 and Cys-105, the site of critical importance for the antiviral activity of IFITM-3 was Cys-72 as any decrease in antiviral activity was invariably associated with mutation of Cys-72 (figure 4b; red dots).

3. The APE/APEGS method can be used to determine the palmitoylation stoichiometry for each isoform

The term stoichiometry can lead to confusion and misunderstanding. It may, therefore, be helpful to define stoichiometry and review how the term has previously been applied to the study post translational modification. In the case of phosphorylation, this is understood as moles of phosphate incorporated into a mole of protein. By analogy then, if there is only one site of palmitoylation, then the mole per mole (palmitate/protein) stoichiometry is equal to 1. However, if we take the case of PSD-95, which has two putative sites of acylation, then stoichiometric palmitoylation would mean two moles of palmitate per mole of protein. The analogy with phosphorylation is helpful here – in a key paper examining the role of phosphorylation in cardiac contractility, Li et al21 presented a method to determine the mole per mole phosphorylation stoichiometry of the membrane protein phospholamban (PLB) – an important endogenous regulator of cardiac contractility. Essentially the stoichiometry was described by the following equation;

Where a, b, c, d and e are the levels of different phosphorylation states of the protein and in the numerator the integer refers to the number of phosphate molecules incorporated in each state. Thus not only does this equation quantify overall stoichiometry it also provides information on individual states or in the case of palmitoylation, isoforms. This method was subsequently used to reveal the quantitative relationship between PLB phosphorylation stoichiometry and Ca2+ pump (SERCA2a) activity22).

Implementing lessons learned from more established areas of post translational modification research may further enrich the information that the APE/APEGS assay can deliver.

4. The APE/APEGS method can be used to measure site specific palmitoylation turnover

The APEGS assay has been used by Yokoi et al.6to measure the site specific PSD-95 palmitoylation turnover without the use of radioisotopes. Cultured hippocampal neurons were treated with the palmitoyl acyl transferase (PAT) inhibitor, 2-Bromo-palmitate. Cells were then harvested at various time points, subjected to the APEGS assay and palmitoylation isoforms detected by western blot analysis using a PSD-95 specific antibody. A turnover rate of 1hr (half-life, t1/2) was measured for young (7 days in vitro (DIV)) neurons (figure 6a and quantified in 6b). The turnover rate was then measured at time points during neuronal maturation – PSD-95 palmitoylation turnover of mature hippocampal neurons (21DIV) was shown to be considerably slower with a t1/2­ of 3hrs. The authors speculate that the relatively rapid palmitate turnover of young neurons may contribute to their high levels of synaptic plasticity.

There are many parallels between the growth in the field of palmitoylation and the discovery of phosphorylation and its expansion into the ubiquitous control mechanism that we understand today. The detection of phosphate incorporation into proteins and the identification of the first kinase/phosphatase activities in the early 1950’s, led to the notion of dynamic control of protein activity23. Similarly, with palmitoylation, we have seen the discovery of the molecular machinery (in the form of palmitoyl acyl-transferases and the acyl protein thio-esterases (APT)) that enables dynamic contr

ol of protein palmitoylation. In addition, the increasing number of palmitoylated proteins suggests that palmitoylation may also become a ubiquitous post translation modification, whose significance is only just being realised.

The development of acyl exchange methods to measure palmitoylation has resulted in incremental advances in our understanding of this post-translational modification. Badrilla has taken the latest incarnation of this technology, the APE/APEGS assay, and created the easy to use SiteCounterTMS-Palmitoylation Protein Kit. Now you can have access to this this new technology – click on the rocket below and launch the next phase of your palmitoylation research.

SepharoseTM is a Trademark of GE Healthcare

Dr. M.S. Bhogal There have been many recent advances in methodologies to detect

Badrilla is a manufacturer of outstanding antibodies against cardiac proteins and phospho-proteins, and the manufacturer of leading kits for the study of protein S-palmitoylation.

We create user-friendly websites that give companies more customers. Book a meeting directly and get your new website within 3 weeks!

We create user-friendly websites that give companies more customers. Book a meeting directly and get your new website within 3 weeks!

Do you want a free sketch for your homepage? Visit Weblify.se

Facebook-f Twitter Instagram Linkedin-in
About company
Manufacturer of outstanding antibodies against cardiac proteins and phospho-proteins, and the manufacturer of leading kits for the study of protein S-palmitoylation.
Useful Links
Customer
Subscribe to newsletter
Sign up for Badrilla newsletters today and receive twice-monthly informative emails relating to cardiovascular research.

Sign up for email updates on the latest collections, campaigns and video 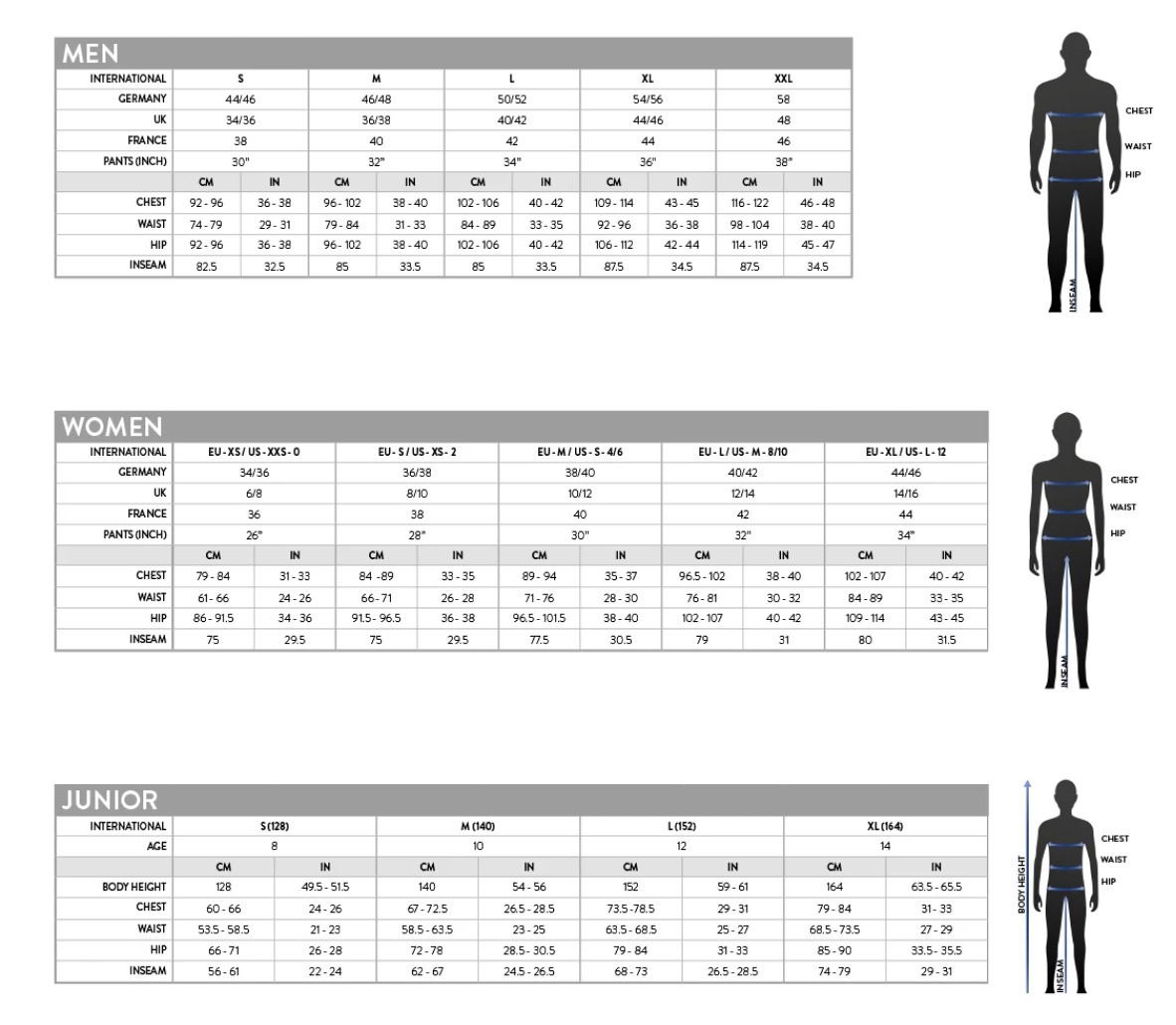